Members of the Broken Zip Ties display six of the awards they won in their competitions. In back, from left, are Burke Egner and Molly Nelson. In front, from left, are Maxx Richards, Tyler Yolden, Paul “Kenny” Hillman and Easton Hillman. Alex Guerrero/Albert Lea Tribune 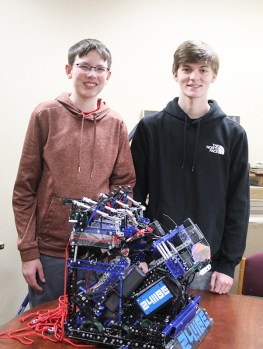 From left, Tyler Yolden and Max Richards, both sophomores, show off the robot the team competed with. Alex Guerrero/Albert Lea Tribune 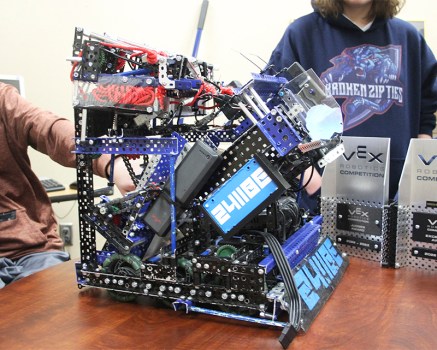 Team tied for state record for most awards from single team

Even with the dangerously cold temperatures and snow over the last week, the weather couldn’t stop the Broken Zip Ties.

“We went to two tournaments,” he said. “On Friday the Albert Lea robotics teams, both the middle school and high school, attended the Minnesota State Mankato robotics tournament. The Broken Zip Ties came away with a trophy for tournament finalist for making it to the…

‹ The Fire and Ice Festival in Nevada Returns For More Winter Fun! › Rad Golf to Revolutionize Game with Cutting-Edge Products