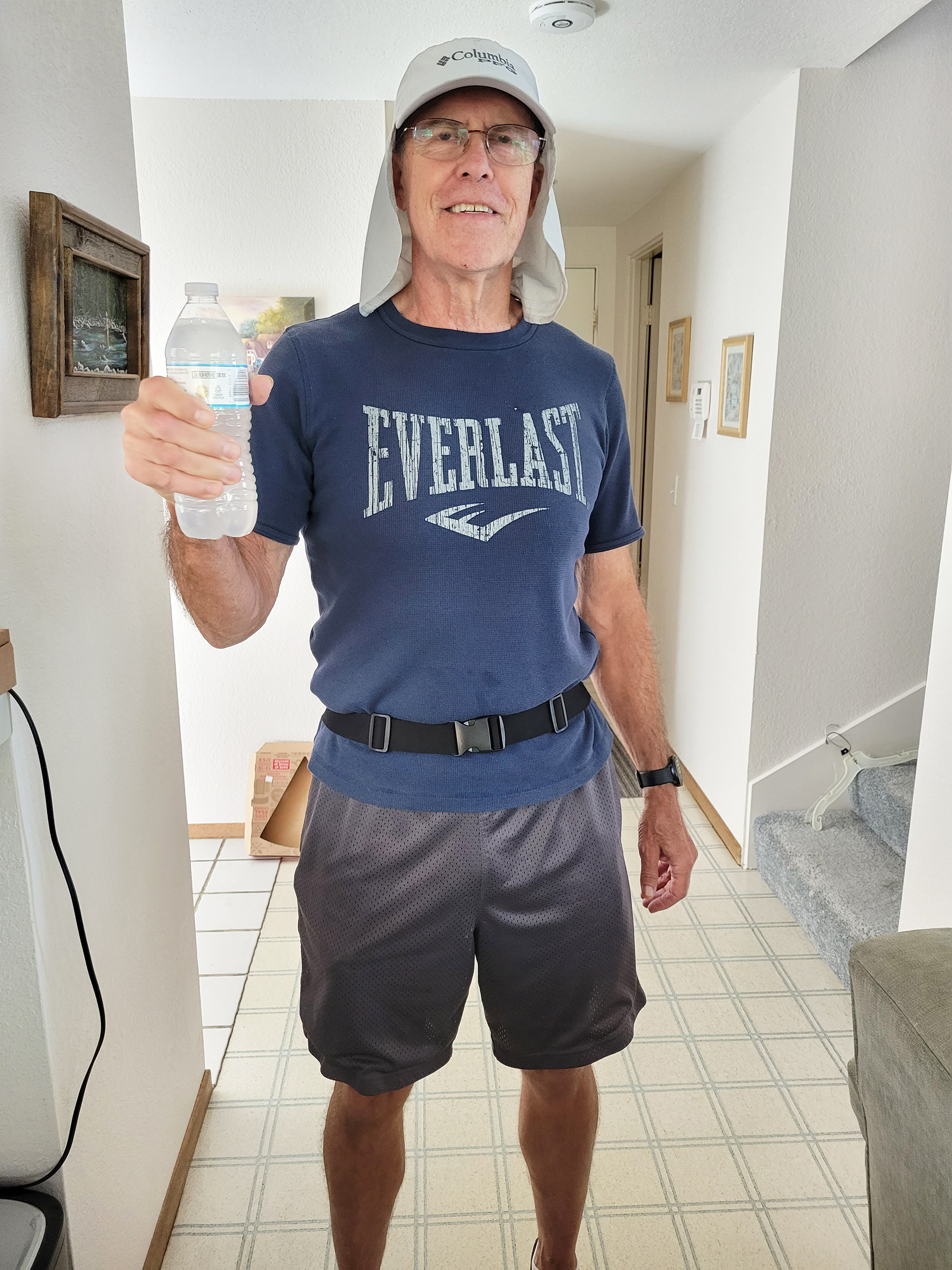 Steve Baldwin, 74, runs nine miles every other day. On January 11 he was allegedly attacked while he was running through Kit Carson Park.

A 74-year-old longtime Escondido resident who runs 9 miles every other day and passes through Kit Carson Park each time has allegedly been assaulted for the second time in four months. He says he was attacked on Wednesday, January 11 , around 10:30 a.m. Previously he was attacked in September.

Steve Baldwin’s wife, Patti, called The Times-Advocate because she thinks people should be aware that Kit Carson Park is not safe in the daytime. “He was jumped from behind,” his wife said. “He told me, ‘Somebody jumped on my back.’” Two males were involved in the attack. There were no witnesses, say police.

Mrs. Baldwin added, “He was beaten on the left side of his cheek and had bruising on his eye. The second male who attacked him kicked him in his left thigh. It’s hurt him to walk because of that. He’s extremely fit. He exercises all the time.”

The alleged attackers may have emerged from a copse of pepper trees near the trail. They ran off in that direction. Mr. Baldwin did not see their faces. They were young, but beyond that he doesn’t recall much about them.

Steve Baldwin is a retired electrical engineer. “He runs,” Mrs. Baldwin said. “For years he has run. He goes through the park on his nine mile run every other day.” Because two people were playing disc golf nearby, they found Baldwin bleeding near the dirt path where he runs and walked him to the little shop in the park next to the hockey rink. “He runs on the dirt path because that way you don’t run into people with dogs and strollers,” said Mrs. Baldwin.

The man who operates the store called 911 and police and an ambulance arrived. According to Mrs. Baldwin, her husband had no concussion and there were no fractures, “but he was really disoriented from the pounding on his head. And from the torn skin on his face and how it swelled up.” Nothing was stolen.

Escondido Police Dept. spokesman Suzanne Baeder told The Times-Advocate, “We’re investigating it. We have not had any other incidents reported besides him.”

Mrs. Baldwin said that—at the time of the second attack—she spoke to a maintenance worker at the park who told her that years ago it was common to see police patrols driving through the park. That is no longer true, he said. He told her that troublemakers are aware of that and know they can get…