Why is a simple coffee maker such a hit in Silicon Valley?

To describe Alan Adler as a Silicon Valley entrepreneur is both accurate and slightly misleading.

He is an electronics engineer with a record in innovation. He has lectured at Stanford University. His company is in Palo Alto, four minutes’ drive from Google, where he has given talks on his work. His home where he does his inventing is in Los Altos, close to the garage where Steve Jobs and Steve Wozniak started Apple.

But the killer product Mr Adler created, and which paid for the Bentley on his drive and the beach house at Carmel-by-the-Sea, is not even electrical, but a $32 plastic-moulded one-cup coffee maker, manufactured locally — and found in 4m homes and offices in 60 countries.

One other unconventional detail in Mr Adler’s Silicon Valley story — he’s 81, still innovating, and was nearly 70 when he invented AeroPress.

My journey to Mr Adler’s door starts at a family Christmas gathering, when my tech entrepreneur son presents me — knowing I have a fancy Jura coffee machine at home — with one of Mr Adler’s AeroPress devices. My son tells me they’re huge in the tech world.

The retro, bordering on amateurish, packaging carries quotes from customers saying it makes the best coffee they have ever tasted, but also gives me a clue why the AeroPress is big in the Bay Area — AeroPress Inc’s Palo Alto address.

A quick Google search reveals that this love of the AeroPress is for real. I even found an AeroPress discussion thread on Y Combinator’s site: it’s the start-up accelerator that helped launch Dropbox and Airbnb.

I decide to find out more — and to learn why the wholly manual device, which produces an excellent espresso-like brew, but is frankly quite a faff, is such a hit in the world’s premier technology hub.

In the early 1980s, Mr Adler explains, he moved from electronics to toys. His big hit was Aerobie, a Frisbee-like flying disc that he sold in 2017 as AeroPress grew.

His motivation for designing AeroPress was the paucity of ways to make a single mug of good coffee. He found the standard American six-to-eight-cup drip machine was wasteful of coffee and energy, as well as making a poor brew.

He took to his garage for two years, on and off. The prototype that worked, his 73 year-old general manager Alex Tennant recalls, was Mr Adler’s 39th. 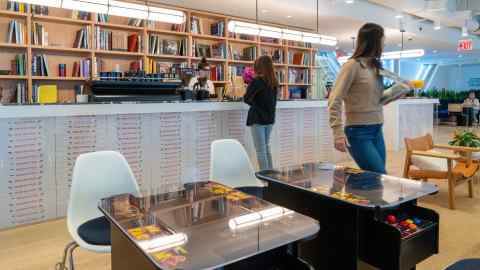 ‹ 15 Best Things to Do in Sicklerville, NJ › How Safe Is Carrabassett Valley for Travel? (2022 Updated) ⋆ Travel Safe