For ultraconservatives in McCarthy’s red California district, speaker drama in D.C. was welcome 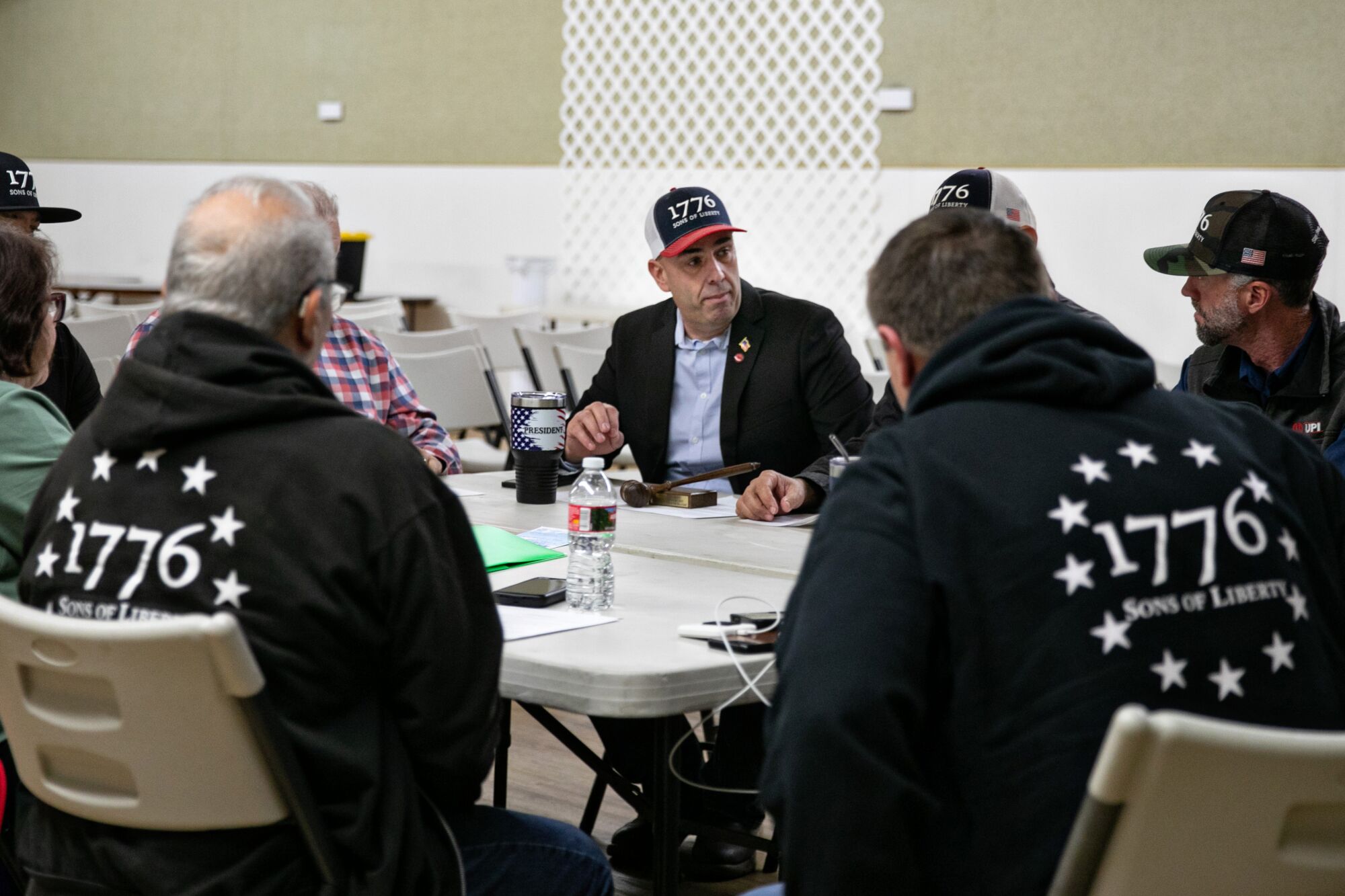 At an Elks Lodge in the Central Valley, Larry Faria stood before a grassroots conservative group called the 1776 Sons of Liberty and asked for a show of hands.

It was Monday night, a few hours after U.S. House Republicans passed a set of operating rules for the new Congress that included concessions Kevin McCarthy made to the hard right during the historic 15 rounds of voting it took for him to become speaker.

“Raise your hand if you think we stood our ground for valuable concessions,” Faria asked.

“Raise your hand if you think it should have been a status quo vote for McCarthy.”

Sure, McCarthy is the hometown guy from Bakersfield, representing the rural, agricultural Central Valley.

But the divides that have rankled the national GOP, humiliating McCarthy and temporarily stalling his long bid for the speaker’s gavel, are palpable in his reliably red district, which became even more conservative after congressional maps were redrawn in 2021.

Mainstream Republicans here are thrilled by McCarthy’s ascension and the spotlight it shines on the Central Valley, where conservatives have long complained about being drowned out in halls of power by urban liberals.

“Kevin is a fighter, and he wants to move the country forward,” said Assemblyman Vince Fong (R-Bakersfield), who worked for McCarthy for a decade. “He will be a tremendous advocate for the Central Valley and all Californians to get our country moving in the right direction, stopping inflation, stopping overspending, advocating for hardworking families, dealing with the border.”

David Bynum, a Bakersfield lawyer and former intern for McCarthy, said most local conservatives are excited to have one of Kern County’s own as speaker.

“Anyone that knows him knows he’s a likable guy,” Bynum said. “He knows your kids’ names. The last time I saw him, he was at a bakery in town getting a doughnut. He comes across as down-to-earth, local guy.”

But McCarthy’s embarrassing saga was cheered on his home turf by a vocal contingent on his right, who accuse him of being a RINO — Republican in Name Only — more concerned about personal power, Washington politics and fundraising than serving the Central Valley.

“I have not heard one person say this was a shame, or a sham, or that it should have never happened. Not a one,” said Greg…